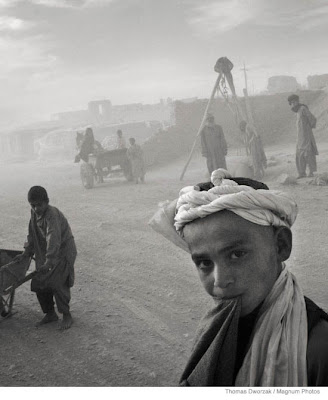 Venessa M. Gezari looks at the challenges Afghan journalists face. Compounding the issues in the article, an additional challenge comes from the success of United States Agency for International Development (USAID) funding of Afghan radio. The commitment of USAID to print and radio has helped with the development of skills by emerging Afghan journalists, but it has also imposed restrictions on the type of stories being carried.

"Instead of facts, Afghan journalists are generally forced to make do with one side’s word against the other. They would receive a statement from NATO saying that fifty Taliban had been killed, Rehman told me. The Taliban spokesman, Qari Yousuf Ahmadi, would call to tell them that insurgents had destroyed four tanks and killed a large number of soldiers. “Journalists here know that both are wrong,” Rehman said. “But it’s easy to make that story, and the office also expects it."