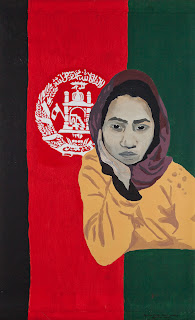 Last week I received an update about life in Kabul from Zaher Wahab. Since retiring from teaching at Lewis and Clark College in Portland he has returned to Afghanistan to help build the education system.

He has designed two courses, 'Principles of Teaching and Learning' for teacher education faculty from the 17 four-year teacher training colleges throughout the country at Kabul Education University, and a graduate course on 'Strategic Leadership' at the Public Policy and Administration program at Kabul University to men and women working for the government, civil society and/or nongovernmental organizations.

He reports the students very capable, highly motivated, and extremely appreciative; though lacking academic preparation, from writing skills to the subjects they teach, to modern pedagogy.

His comments on the broader impact of the on-going war are devastating and reveal a traumatized nation. As we read articles about the administration openness to a zero-option or complete withdrawal at the end of 2014, it is important to understand that for Afghan’s the war will not end with the removal of the last US soldier. The legacy will be long and painful with little hope of accountability from the U.S.

Here are some excerpts of what he has to say.

“At this point there are some 70,000 American and 40000 NATO troops, 110,000 contractors like Blackwater, now called academia and DynCorp, 500,000 Afghan security personnel-trained, equipped, paid for and supported by the US. all fighting some 20000 insurgents. Does this make sense?...

Washington still spends about $100 Billion/year in Afghanistan on the war. And it will spend $2 billion on destroying $7 billion worth of its military hardware here. Meanwhile, the Afghan government and army complain about lacking the necessary tools to fight with. All this when the Afghans, Congress, the American public, and the whole world wants the US/NATO out….

On the development front:

Half the population is hungry; half are un or underemployed; most are desperately poor; per capita income hovers around $450; a school teacher is paid 100-300$ a month, and professors from 300-800 per month. The cost of living in the cities is out of control. Meanwhile, the thousands of expats splurge $10-12 for a can of beer. 70% are illiterate; there are schools and universities with little to no education in them; the country imports 60% of the professionals; there really is no functioning government or economy, or even traffic lights in Kabul- a city of 5 million people and a million vehicles. Same roads I walked on as a child.

There is massive capital and human flight out of the country; Afghans constitute the largest refugee population and asylum seekers in the world; the government is ranked the most corrupt, and the country is the most unstable and dangerous in the world. At least five million school-age children are not in school, and half the schools have no buildings. Only 10% of the girls who start first grade, graduate from high school. At best, 20% of the teachers maybe qualified. Seven percent of the professors have doctorates, 35% MAs the rest just BA/BS. The country still has the highest child and maternal deaths in the world; it has the largest percentage of widows, orphans, street children and amputees in the world.

Only a third of the population has safe drinking water, and 20% electricity. The countries rivers flow out of the land, not a single damn has been built during the occupation, while USAID pays for electricity from Central Asia or generators. Violence, crime and corruption are out of control. There is no peace, safety or security anywhere for anyone, especially if you are a high government official, are part of the army-police-intelligence network, or a Westerner. The entire nation is traumatized. There are one and a half million drug addicts, including women and children, with little to no help. Drugs supply 90% of the world's heroin, constitute a third of the GDP, and are managed by individuals the US/NATO installed and protects.

There is massive pain and suffering throughout the country, while the ruling class is immersed in unbelievable privileges.

The buzz now is about 2014, and what the Americans, Pakistanis, Qataris and the Taliban are up to. Will the Karzai government really relinquish power by April 2014, as the Constitution says? Will civil/sectarian war start when the Americans/NATO leave/chased out? Will the country be partitioned amongst various groups? What about the common people? Who will provide the 97% government budget after 2014? How did the country become so dependent on foreigners? Why wasn't the country prepared for self-reliance, self-defense and self help? Those who know the answers are marginalized, silenced, or worse. People are very angry with some kind of demonstration/riot/protest weekly. The faculty and students shut Kabul University for three weeks recently. People have no faith or trust in and respect for the government or its foreign sponsors. And 70% of the people are under 25.

If I read things correctly, an 'Afghan Spring'- summer, or winter is just a matter of time. And I can hear people in the US wondering 'who lost Afghanistan?!”

Mural Art: What’s Left of Kabul
By: Guilford College Community and Hannah Swenson, Courtney Mandeville and Layth Awartani. Greensboro, NC
From : Windows and Mirrors: Reflections on the War in Afghanistan