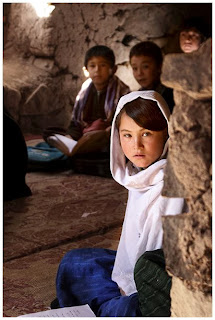 Kate Clark has details on the recently completed framework for a Bilateral Security Agreement.

The agreement will guide the future of the US presence in Afghanistan, detailing the number of bases, night-raids, air assaults, detention of prisoners, provision of arms, aid and training.

The key unresolved issue for the U.S. is troop immunity from Afghan courts after 2014.

The critical decision is to be made by a convention of Afghan political and tribal factions next month.

So, what is the current number of US and Afghan forces currently deployed and funded?

The office of the Special Inspector General for Afghanistan Reconstruction (SIGAR) released the most recent mandated quarterly report in July. With access to all official agencies involved with the war, it is one of the most authoritative reports available to the public.

The Special Inspector report is used to document the total number of US troops and Afghan National Security Forces. The figure for contractors comes from CENTCOM and the Office of the Deputy Assistant Secretary of Defense. (News reports indicate that since July 12,000 US troops have been removed from Afghanistan).

Here is the breakdown

The question and challenge for Afghans is this.

What does sovereignty look like in a country where tens of thousands of foreign troops are on the ground, foreign governments pay for almost all the police and army, and 60 to 80 per cent of the government’s budget is dependent on foreign assistance?
Posted by Peter at 7:55 AM