The Jirga and the Bilateral Security Agreement 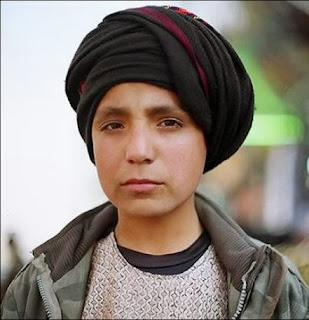 Yesterday it was announced that the Governments of Afghanistan and the United States reached an agreement to keep US troops - and massive military aid - in the country until 2024. The agreement must first be affirmed by a Loya Jirga and then the Afghan Parliament. Details from day one.


Instead of soldiers, armed contractors, and covert action what if we supported peace-building, reconciliation and healing? 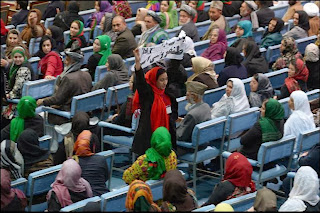 An Afghan protester holds a banner reading "Signing Bilateral Security Agreement (BSA) with the USA is a treason" at the loya jirga, a meeting of Afghan elders, in Kabul on November 21, 2013 (AFP Photo/Massoud Hossaini)


For Afghan alternatives look at the sites below.

Our man in Kabul

Afghanistan: Its people and daily life through pictures

Missing from the today’s commentary is the militarized super-structure that the US is funding. Afghans deserve better.