“Young people represent the new identity for Afghanistan. They can show that we are not only the country of violence and blood, but a country of peace. They have big dreams for this country. I am calling on the youth of Afghanistan to be more engaged in politics, to debate and campaign so that they too can help make the change.” 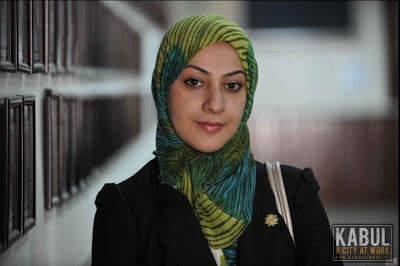 “My name is Naheed Farid.

I was the first girl from our family or tribe to leave Afghanistan and go to Europe to study.

After I got married I did my Masters in America. My education in America, as an Afghan woman, was really interesting to me. I had entered a society with a completely different system. I had entered the land of opportunities, something that never existed in Afghanistan.

I found opportunity in the path of politics, and I stepped in that path. There’s a lack of healthy leadership and politics in Afghanistan, and I thought even with small steps, I could make a difference. My steps were not steady in the beginning. I was afraid to be in this field. I was afraid for my family, my husband and my child to become victims of this path of politics.

My campaign holds both sweet and bitter memories for me.

I felt like I was giving hope to women and youth. It was like I was opening a path for them. Particularly women and girls – they were asking me to be their representative – to open up a way for them to step into politics. I really hope I can live up to this responsibility.

I saw some shocking things when I was traveling for my campaign – graveyards full of women who had died in childbirth, villages with children who had never bathed. It made me more determined to win and give these people a voice.

The people who really campaigned for me were young children. Some I had met and others I hadn’t. They persuaded their parents to vote for me. I was receiving so many phone calls from parents saying they had heard about me from their children and that they would support me. 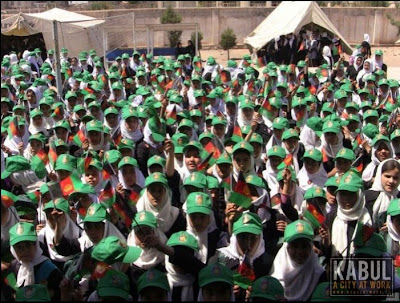 During my campaign I couldn’t really be a mother to my child. It really saddened me to know that I wasn’t looking after her the way she needed me to.

I received so many threats that I had to stop the campaign towards the end. I got messages saying that Taliban were waiting to attack me. I was restricted to just one district in Herat. I had to ask for military protection. My family was also affected by the security problems. I had to take my daughter out of kindergarten because of the threat. This is still an issue now, my friends ask me to be careful; to employ a bodyguard and keep a gun in the car. But I hate such things.

I work in Parliament from 9am until 4pm but that is only one part of the work. Since MPs are representatives of people, we have meetings with many different groups. Often we’re home only 3 or 4 nights a week. Sometimes we have meetings until 11pm. I cannot say yes to every invitation or request, otherwise I would never be at home. I don’t like disappointing my supporters this way.

The image I had for a government of nation building, transparency, and anti-corruption is pale now because there are people inside parliament who work against these things.

Many of the women MPs come from insecure areas and they cannot work for their people the way they want to. Security is still a big issue. These women are those who 10 years ago did not have the right to go to school, to work, to the bazaar, even to hospital. We try to be united to push women’s issues to the front.

But it’s really hard for a commander, who is now an MP, a person that has never cared about women’s values and has always talked with guns. Now he must sit next to me; he gets 3 minutes to talk and I get 3 minutes. I have the right to speak, and he has to hear my voice. This is a different vision towards women.

Young people represent the new identity for Afghanistan. They can show that we are not only the country of violence and blood, but a country of peace. They have big dreams for this country. I am calling on the youth of Afghanistan to be more engaged in politics, to debate and campaign so that they too can help make the change.”

Re-posted from the web site Kabul: A City at Work.
"A portrait of a city through its working people"