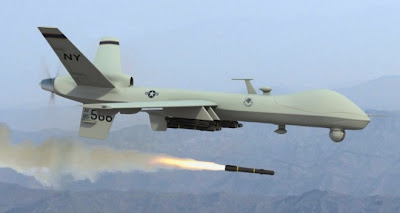 On Friday, one day after Pakistan resumed transit of NATO war supplies to Afghanistan, CIA drones killed 19 in the Dhattakel region of North Waziristan.

The shipment of war supplies through Pakistan were suspended in November following a US cross-border air strike that killed 24 Pakistani soldiers.

One of the requirements to open the supply line was an apology. In return, Pakistan agreed to levy no extra fees from the $250 per truck, and appear to have abandoned their demand that the US stop drone strikes in their country.