The Numbers | Troops and Contractors | July 2012 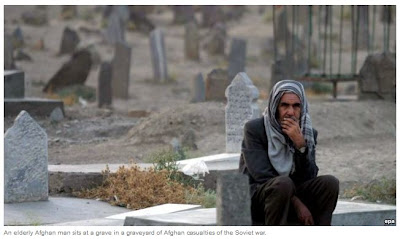 For decades outside powers have intervened and occupied Afghanistan. The commitment of the international community to arm different groups is one reason the conflict has been so deadly for so long.

What is the current number of US and Afghan forces currently deployed and funded?

The office of the Special Inspector General for Afghanistan Reconstruction (SIGAR) released their mandated quarterly report yesterday. With access to all official agencies involved with the war, it is one of the most authoritative reports available to the public.

The Special Inspector report is used to document the total number of US troops and Afghan National Security Forces. The figure for contractors comes from CENTCOM and the Office of the Deputy Assistant Secretary of Defense.

Here is the breakdown.

US Military and Contractors 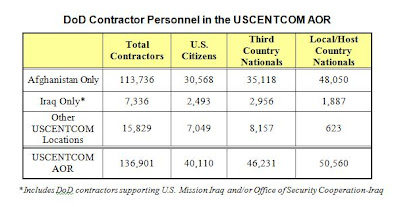 
“The United States is covering most of the costs of the ANA (and provides a substantial amount for the ANP. The NATO Summit joint communiqué stipulates that the Afghan government will contribute $500 million in 2015 toward the sustainment of its security forces and gradually increase its share of the ANSF costs until 2024, when it will have full financial responsibility for its security forces.”

On July 6, 2012, President Obama signed the order making Afghanistan a Major Non-NATO Ally. That makes it eligible for U.S. training, loans of equipment for research and development, and foreign military financing.