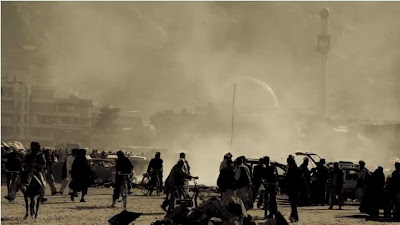 If you have not traveled to Afghanistan the sights and sounds of this trailer will take you there.

Buzkashi Boys tells a compelling coming of age story that offers a glimpse of a rarely seen Afghanistan through the eyes of two of its youngest sons, as they make their way to manhood in the most war-torn country on earth.

This groundbreaking short film will be produced in partnership with the Afghan Film Project, a non-profit NGO with a mandate to strengthen and build the capacity of Afghanistan's fledgling film industry.