If I Had a Trillion Dollars | Artist Activists in DC

Young people from more than a dozen cities across the country have arrived in Washington DC for the second annual “If I Had a Trillion Dollars” film festival.

Their thoughtful and creative visions – shown in 3-minute videos - will be shown on Capitol Hill this afternoon, Monday 16 April.

Here they are getting ready to meet their representatives. 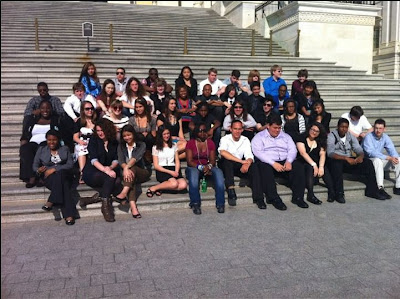 The Film Festival asks young people to think about our countries priorities as reflected in the federal budget. Asking them to consider:

Go here to check out their work .
Posted by Peter at 9:46 AM