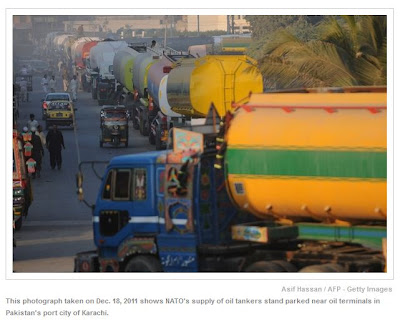 After weeks of debate, the Parliament of Pakistan has unanimously endorsed a list of demands to guide discussions with the United States.

If these demands are met, the US/NATO supply lines – for food and fuel – would be opened. The demands are non-binding and must be approved by senior US and Pakistani officials.

It is a positive sign. If only the US were as committed to diplomacy and dialogue as we are to supply lines. That map below illustrates the lengths the US and NATO have gone through to continue the war fighting. 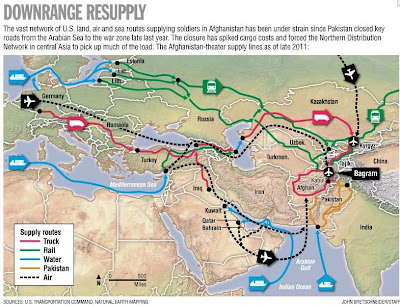 What regional security looks like here.
Posted by Peter at 8:10 AM