Iran, Afghanistan and the Deadly Impact of Sanctions 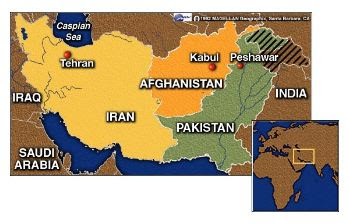 Bloomberg reported this week that Afghanistan’s commerce minister “hopes the U.S. will give it leeway from economic sanctions intended to curb imports of oil from Iran.“

“Afghanistan’s trade with Iran has grown to more than $1 billion annually, placing Iran second after Pakistan’s $3 billion when transit trade via the Pakistani port of Karachi is included. The next-largest trade partners are China and India, Ahady said.

“Iran is becoming a very large trade partner,” Ahady said during a briefing yesterday for reporters in Washington. The estimated $1 billion in commerce with Iran is dominated by oil and fuel, as well as some consumer and industrial goods, he said.

Trade with Pakistan continues to be hampered by border delays and regulatory disagreements that too often require high- level intervention and cost Afghan business owners in the meantime, Ahady said.”

The U.S. announced at the end of March that if third countries do not reduce or stop their oil purchases and commercial dealings with the Central Bank of Iran, those countries would not be allowed to do any business with the United States.

What does this mean for regional security?

The summary recommendations from this conference held in 2008 remain central and fundamental to a path forward that embraces the basic needs of Afghans and the region.

The 15 page summary is a great background resource. This is the key point.

"...policymakers who redesigned post-war Western Europe rejected a country-by-country planning approach in favor of a regional approach that integrated the region’s economy and laid the groundwork for what became the European Union"

Among the key Recommendations

“Future efforts by the United States and NATO to build stability in Afghanistan should be addressed in a regional context. Giving all the states in the region common and mutually beneficial economic ties will pay large security and political dividends that the current bilateral agreements alone cannot provide.

It is important not to over-generalize the intentions of Iran in Afghanistan (or indeed any of the other regional or international actors) or to limit them simply to governments. There are important Iranian actors, including some Afghan refugees, who can play a critical role independent of the policies of the Iranian government.

Participants drew the following conclusions about how Iran and Afghanistan currently view their relationship:

1. Although Iran plays a much larger role in Afghanistan today than it has at any time since the mid-19th century, its policy toward the country is superseded by other international priorities, particularly its relationship with the United States. This makes it difficult or impossible for the Afghan government to establish independent bilateral relations with Iran.

2. The large Afghan refugee presence in Iran has given the two countries a closer network of ties than ever before, and refugees’ remittances to Afghanistan are a vital part of the Afghan economy. The refugees’ continued presence in Iran, however, is a source of tension because the majority are undocumented aliens subject to deportation. Iranians also see them as unwelcome immigrants who increase the competition for jobs.

3. There is a prejudice toward Afghan refugees returning from Iran, where they were better integrated into society than were refugees in Pakistan. Afghans educated in Iran have been denied positions in the government and NGOs, resulting in a “brain drain” that Afghanistan can ill afford.

4. Afghanistan sees itself as the victim of a U.S.-Iranian rivalry that is an uncomfortable reminder of its earlier history as a buffer state where its interests were sacrificed to the priorities of others. Although the Afghan government would like to see better cooperation between these two powers, it fears the consequences of any arrangements made without its participation.

“Because U.S. and NATO policy for managing relations between Afghanistan and its neighbors is limited to specific issues and projects, there has been no attempt to integrate them into a regional framework.

Participants noted that the policymakers who redesigned post-war Western Europe rejected a country-by-country planning approach in favor of a regional approach that integrated the region’s economy and laid the groundwork for what became the European Union. Although no one was optimistic about achieving such an ambitious goal in Central and South Asia, it was agreed that there should be much more emphasis on projects that go beyond merely linking countries to their neighbors and instead focus on economic integration. The key to achieving stability in the region is by ensuring that the success of each is a vital concern of all.”