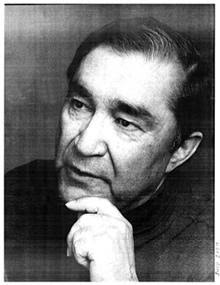 Join us for an open conference call briefing on the war in Afghanistan. Dr. Zaher Wahab has recently returned from three months in Kabul. He returns each year to teach at the only Masters Degree program for teacher education faculty throughout Afghanistan. This toll-free call is open.

On Thursday (14 July) the UN released their bi-annual report that monitors violence against civilians, they have documented steady increases in violence. The most recent report finds that the first six months of this year were the deadliest since 2001. The month of May had the largest number of civilian deaths since the monitoring began.

During this time Dr. Wahab was working in Kabul.

Last year Dr. Wahab brought back drawings from Afghan high school students in Kabul – boys and girls – that are now part of the traveling mural exhibit Windows and Mirrors: Reflections on the War in Afghanistan. You can read an interview of his experience with the students below.

Student Art From The Ashes of War

Dr. Zaher Wahab was born in Afghanistan, received a B.A. in sociology from the American University of Beirut, an M.A. in comparative education from Teachers College, Columbia University and an M.A. in anthropology and a Ph.D. in international development education from Stanford University.

He served as a senior advisor to the Minister of Higher Education in Afghanistan for five years from 2002-2007, and was instrumental in designing and now teaching the only Masters Degree program for teacher education faculty throughout Afghanistan.

He teaches Foundations of Education, Race-Culture-Power, Paulo Freire, and the Middle East in Global Perspective at Lewis and Clark College and has served as a Fulbright Scholar in Egypt, Turkmenistan and twice in Kazakhstan.