How People Define Violence and Justice in Afghanistan 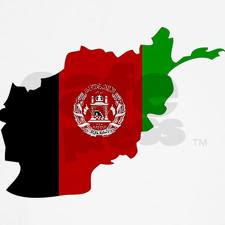 A First Step on a Long Journey:
How People Define Violence and Justice in Afghanistan (1958-2008)

This ambitious report is based on a survey of 3600 people in nine of Afghanistan’s provinces (Badakhshan, Balkh, Bamyan, Herat, Faryab, Kabul, Kandahar, Nangarhar and Paktia). Four hundred surveys were done in each province.

The goal is to start creating a measure of human rights abuses that have taken place under recent governments in Afghanistan. The level and consistency of instability and violence over the years is staggering. There are patterns that need to be broken. The many charts and graphs of this study can help to put it all into perspective as Afghans work towards the need for transitional justice this time around.

Participants were asked a series of broad questions around war, justice and the rule of Law. They were then asked to rank their response to different periods of rule in the country. The time periods were the Zahir Shah reign, Dawood Khan Republic, Communist regime, Mujahedin, Taliban Islamic Emirates, and the Islamic Republic of Afghanistan (current).

The book has six chapters beginning with an overview of the last 50 years and then broad themes looking at the following.

"Afghanistan is in the most momentous period of history. On the one hand, it is in the constructive change process and on the other hand it faces the formidable challenge of past human rights abuses and crimes. The Government of Afghanistan supports investigation of past crimes. The establishment of an independent human rights commission as agreed in Bonn Accord, the convention of national human rights workshop and President Hamid Karzai’s emphasis on investigating the past crimes in its inauguration, and refraining from signing the national reconciliation bill 2007 are all examples of support to the transitional justice process. Nevertheless, the Government of Afghanistan has not been able to formulate a clear mechanism to implement transitional justice. Afghans demand justice more than ever. Investigating the previous crime is a legitimate right of Afghans. If the government does not seriously consider this issue, the current distrust and gap between people and government will increase and can create gigantic problems for Afghanistan’s future.

Afghans have witnessed many rights violation and crimes committed by ethnic and ideological leaders, commanders, belligerent factions and locally powerful forces. After 9/11, the international community and civil institutions have taken steps to redress people’s grief. They have strived to assess the human rights violations and crimes committed during different periods in order to inform people. As a result, human rights organizations have published several reports on human rights issues. Nonetheless, Afghanistan has a long road to truth seeking and there exists a wide-range of hidden crimes. Human rights organizations have not been able to identify these hidden areas, since there are powers in the country that prevent the truth to be found.

How People Define Violence and Justice is a research project on international crimes, massacres, rapes, murders, destruction of residential areas, homicide and imprisonment of intellectuals, torture and human rights abuses of the past fifty years. This research extends to the past fifty years of Afghan history and starts from Shah Mahmud Khan premiership during Muhammad Zahir Shah monarchy. Human rights abuses have deep roots and can be traced back to Muhammad Hashim Khan premiership. Therefore, certain parts of this report refer to that period. Afghanistan witnessed rather stable regimes during Muhammad Zahir Shah monarchy and Dawood Khan republic; however, human rights abuses were systematically committed during those periods. An outstanding example of which was depriving ethnic and religious minorities from political and social participation and from the right to education which continued till the end of Dawood Khan republic.

After the communist coup in Afghanistan, the civil war broke out. During these periods heinous human rights abuses took place, the most prominent of which were arbitrary imprisonments, forced disappearances and massacres. After the collapse of Communist regimes and Mujahedin triumph, a new chapter of crimes in Afghanistan began. Ethnical, sectarian and lingual conflicts, territorial divide of cities and villages by belligerent factions, rule of local commanders on the lives and properties of people, destruction of house, rapes, plundering government and people’s properties and stealing historic monuments are examples of such crimes.

During Taliban rule, areas such as northern Kabul and Bamyan were turned into burned lands. Some evident examples of Taliban crimes were the massacre in northern Kabul, Bamyan and Mazar-e- Sharif, women rights violation, confiscation of public properties, wanton imprisonments, forced disappearances, and humiliation of human dignity.

In order to assess the past events, How People Define Violence and Justice Project developed a questionnaire that encompasses these abuses and crimes. It consists of five sections and 36 questions. The last fifty years that constitutes our scope of research has been divided in six following periods:

The research has been conducted in nine provinces including Kabul, Kandahar, Badakhshan, Bamyan, Herat, Nangarhar, Paktia, Balkh and Faryab. In each province 400 questionnaires were filled, making the total number of interviewees 3600 respondents. These provinces were selected on the basis geographical, political, historical and ethnical criteria. The various sections of this report are in the order of questions answered by respondents. In other words, the table of contents of the current report, with a few changes, is the same as the questionnaire.

The standards for justice and human rights violation in this project are defined by people. Views, beliefs and utterances of respondents constitute the basis of this research. We have strived to utilize the concept of Do No Harm during the implementation of this project, and therefore we have refrained from stating directly the names of criminals. Nonetheless, the names given by the people are noted in the questionnaires and are recorded in ACSFo’s archives.

ACSFo cherishes the value of reflecting the voice of masses and has remained impartial throughout the course of this research. ACSFo has tried to project the grievances of the victims in this research and present it in a statistical format. This research demonstrates the realities in words of the respondents who were and are victims of the 50 years of atrocity. This research has been conducted therefore to bring to light the darkest realities from the point of view of the respondent so that measures are adopted to prevent its reoccurrence."
Posted by Peter at 11:55 AM