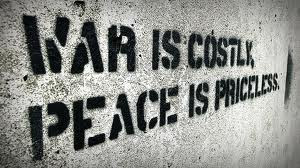 In November 2009, on the eve of a long-delayed decision regarding the Pentagon request for additional troops to Afghanistan, the White House convened three days of meetings. They invited three communities to join; faith-based organizations, development agencies, and peace groups and academics.

As alternatives to military solutions and sustainable Afghan-led alternatives were articulated, a revealing comment from the government officials circulated through the discussion. It often went like this. We agree with you, but “it is hard to turn the ship around.’ We are trying. The decision was to send an additional 30,000 US troops to Afghanistan within the next six months.

Yesterday’s announcement of the ‘new war cabinet’ and some of the critical analysis it fostered makes clear that the CIA and the Pentagon – the key bodies in fighting the global war on terror - were seeking to deflect public concern about the actions of US forces abroad by increasingly acting in secret.

Now we hear about a dangerous new bill from the Chairman of the House Armed Services Committee that proposes to greatly expand the power of the President and the Secretary of Defense to start wars by stripping away congressional checks and balances.

Rep. Buck McKeon, Chairman of the House Armed Services Committee, has introduced legislation (H.R. 968) handing the Executive Branch a blank check for endless war. By declaring the United States in armed conflict with al Qaeda, the Taliban and “associated forces” this bill would allow any president to go to war against anyone, anywhere, anytime. Exactly who are these “associated forces?” Chairman McKeon’s bill leaves that entirely up to the Secretary of Defense.

Senator John McCain and Congressman “Buck” McKeon, the new Chairman of the House Armed Services Committee, are proposing: Congress should give the President and the Secretary of Defense a blank check to wage war against anyone he or she declares “associated” with al-Qaeda or the Taliban – anytime, anywhere, anyhow.

Just what and who is an “associated force” of al Qaeda and the Taliban? Chairman McKeon’s bill leaves that determination entirely up to the Secretary of Defense. Shock and awe – the sequel – might not be far behind. And there would be no need to get authorization from Congress before the missiles start flying – that would all be covered in this new blank-check legislation.

What could be more efficient?!? No more messy Congressional authorization, with all of those hearings, debates and prolonged votes. No more having to deal with intruding Congressional inquiries! No more having to worry about the likes of Congressmen Jim McGovern (D-MA) and Walter Jones (R-NC) who insist on accountability by the administration and oversight by the Congress!

This is not a pipe dream. Legislation that will do what I have just described has not only been introduced in both the House (H.R. 968) and Senate (S. 551), it is likely to end up in the Defense Authorization bill that emerges from the House Armed Services Committee a few weeks from now. Those keeping score should note that the new authorization is:

• Global in scope. With no geographic boundary, the Secretary of Defense could take America to war in any country in the world where a suspected terrorist resides;
• Never ending. This language is open ended and doesn’t require the President to return to Congress for additional authority;
• Divorced from national security concerns. Unlike the 2001 authorization passed days after the 9/11 attacks that ties the authority to use military force to a direct attack on America, this language is not linked to any attack or imminent threat to American citizens.

It is arguably the greatest ceding of unchecked authority to the Executive Branch in modern history. Not only would this bill abdicate Congress’ authority to declare war, it would relieve the Administration of the need to seek Congressional resolutions of support or authorizations for new military actions.

But wait, there’s more! In addition to providing a blank check for war, the proposed legislation would give the president dangerous new powers to detain anyone suspected of links to terrorism (the ostensible purpose of the legislation, titled the “Detainee Security Act of 2011”). It requires that all suspects be held by the military (unless the Defense Secretary grants a waiver), and either tried by military commission or held indefinitely. This provision alone diminishes the authority of law enforcement agencies integral to our anti-terror efforts, obstructs the counterterrorism operations of officials who have a record of successful intelligence gathering, overburdens the military with responsibilities it does not want, and limits the president’s options in defending America’s national security interests. Dozens of federal agencies with critical expertise would be prevented from participating in a review of whether suspects posed a threat to national security.

The odds of the Committee stripping any of this dangerous language from the bill before it hits the floor of the House are about as long as my being signed by my Boston Red Sox. House leadership is very likely to support their Chairman and push hard for passage on the floor. Passage of similar language in the Senate Armed Services Committee is not a sure bet, but it is a distinct possibility. While the Democrats hold a voting edge on the panel, one of those “edges” is none other than Senator Joe Lieberman – a Co-sponsor of the McCain version of the bill! That leaves Senator Ben Nelson as the swing vote, putting opponents of a blank check for endless war in a very precarious position at best. If Senator Nelson votes for the bill, Senator McCain will have a victory in Committee and have plenty of momentum as the bill heads to the Senate floor.

But the first stop for the bill will be the House Armed Services Committee and then the House floor. It will begin to make its way in just a few weeks and a final floor vote will more than likely occur by Memorial Day.

Those who believe that this legislative attempt to grease the skids for the next US military adventure is outrageous and irresponsible need to worry. Better still, we need to get busy. Chairman McKeon’s legislation has so far been flying well below the radar of public attention. His bill is alive and well without a peep of public opposition or concern. This has to change now.

Members of Congress need to start hearing from opponents of endless war and supporters of the U.S. Constitution. This tidy little provision – that heretofore has gone completely unnoticed by the public - should not be allowed to be tucked into a Defense Authorization bill without a fight. If there isn’t one, and Chairman McKeon and Senator McCain prevail, public opposition to any future US military action around the world won’t matter. It will have already been authorized by Congress.

AFSC is on the steering committee of Win Without War.