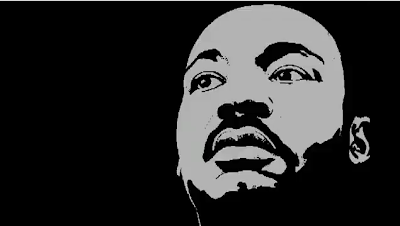 Here is the text of the message delivered on April 4th, 1967 at the Riverside Church in New York.

A time comes when silence is betrayal. Even when pressed by the demands of inner truth, men do not easily assume the task of opposing their government's policy, especially in time of war. Nor does the human spirit move without great difficulty against all the apathy of conformist thought within one's own bosom and in the surrounding world. Moreover, when the issues at hand seem as perplexing as they often do in the case of dreadful conflict, we are always on the verge of being mesmerized by uncertainty. But we must move on.

Some of us who have already begun to break the silence of the night have found that the calling to speak is often a vocation of agony, but we must speak. We must speak with all the humility that is appropriate to our limited vision, but we must speak. For we are deeply in need of a new way beyond the darkness that seems so close around us.

We are called to speak for the weak, for the voiceless, for the victims of our nation, for those it calls "enemy," for no document from human hands can make these humans any less our brothers. I think of them, too, because it is clear to me that there will be no meaningful solution until some attempt is made to know them and hear their broken cries.

I am convinced that if we are to get on the right side of the world revolution, we as a nation must undergo a radical revolution of values. We must rapidly begin the shift from a thing-oriented society to a person-oriented society. When machines and computers, profit motives and property rights, are considered more important than people, the giant triplets of racism, extreme materialism, and militarism are incapable of being conquered.

A true revolution of values will lay hands on the world order and say of war, "This way of settling differences is not just." A nation that continues year after year to spend more money on military defense than on programs of social uplift is approaching spiritual death.

America, the richest and most powerful nation in the world, can well lead the way in this revolution of values. There is nothing except a tragic death wish to prevent us from reordering our priorities over the pursuit of war.

This call for a worldwide fellowship that lifts neighborly concern beyond one's tribe, clan, race, class, and nation is in reality a call for an all-embracing and unconditional love for all mankind. We can no longer afford to worship the God of hate or bow before the altar of retaliation. The oceans of history are made turbulent by the ever-rising tides of hate. History is cluttered with the wreckage of nations and individuals that pursued this self-defeating path of hate.

We still have a choice today: nonviolent coexistence or violent co-annihilation. We must move past indecision to action. If we do not act, we shall surely be dragged down the long, dark, and shameful corridors of time reserved for those who possess power without compassion, might without morality, and strength without sight.

Now let us begin. Now let us rededicate ourselves in the long and bitter, but beautiful struggle for a new world. If we will but make the right choice, we will be able to speed up the day, all over America and all over the world, when justice will roll down like waters, and righteousness like a mighty stream.

May our country, on the brink of war, take to heart the final refrain of "America, the Beautiful": "America! America! God mend thine ev'ry flaw, Confirm thy soul in self-control, Thy liberty in law."