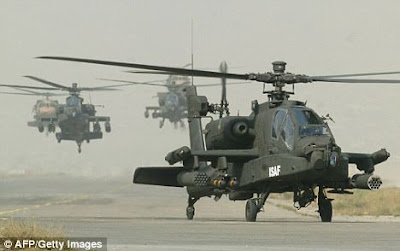 This morning Canadian General Chris Whitecross confirmed that the International Security Assistance Force ( ISAF) is increasing armed attacks. Although General David Petraeus is the commander of ISAF the figures below do not include the actions of US special forces that operate independently. Here is part of what she had to say.

"In Afghanistan, we have to continue to take the fight to al Qaeda and its Taliban allies. Perhaps now they will take seriously the work that we are doing on trying to have some reconciliation process that resolves the insurgency…"

" [O]ur message to the Taliban hasn't changed; it just has even greater resonance today. They can't wait us out, they can't defeat us; they need to come into the political process and denounce al Qaeda and renounce violence and agree to abide by the laws and constitution of Afghanistan."

The initiative is being tested in 70 districts with about 300 ALP per district, a total of about 20,000.

"...General Petraeus describes the ALP as a "night watch with AK-47's". They are expected to man checkpoints, detain individuals and turn them over to regular forces, and to provide intelligence on Taliban activities. For other issues, they are expected to call in ANSF or ISAF for support. The intent is to allow villages to resist intimidation and to prevent the Taliban from creating safe havens.

US Special Operations Force trainers are assigned to each unit, along with Afghan Interior Ministry personnel. Training may take from 5 days to 3 weeks. Units are paid through the Ministry of Interior, and participants are paid 60% of an Afghan National Policeman's salary. Equipment provided consists of AK-47 rifles, radios, and uniforms."

To read more on ALP click here.
Posted by Peter at 9:30 AM