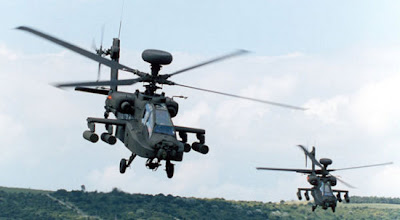 Initial reports from both sides are in conflict. Pakistan claimed that the Coalition helicopters based in Afghanistan crossed the border, but an unnamed Western military official said the helicopters opened fire from Afghanistan after taking fire from the Pakistani side of the border.

The Pakistani military said it had demanded a "flag meeting" with Nato commanders over the incursion in North Waziristan, an area near the Afghan border, that has been repeatedly targeted by US drones.

The statement said the two Nato helicopters – believed to be American – had entered Pakistan at the Admi Kot border post.

"We recognise that the Pakistani people and their leaders take their sovereignty very seriously. Every nation does," said Mr Kerry, a hugely popular figure in Pakistan for his role in delivering a $7.5bn aid package.

Data on US Drone Strikes in Pakistan can be found here.
Posted by Peter at 10:10 AM