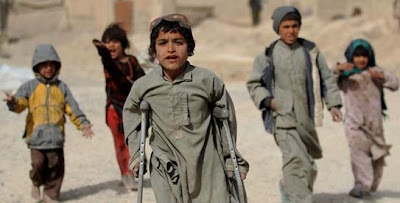 On Saturday Sharifullah Sahak and Alissa J. Rubin reported that for the second time in three days foreign troops killed an Afghan child in a night raid. With the increased use of targeted killings to replace boots on the ground more Afghans will be killed causing more resentment.

“The district governor, Abdul Khalid, said he had feared a Taliban attack on the government center and had called for help from local Afghan security forces. At the same time, there was a raid, he said. “American forces did an operation and mistakenly killed a fourth-grade student; he had gone to sleep in his field and had a shotgun next to him,” he said.

“People keep shotguns with them for hunting, not for any other purposes,” Mr. Khalid said.

The boy was the son of an Afghan National Army soldier, according to Noor Alam, the headmaster of the school the student attended. Although the boy was 15, like many rural Afghans, he was in a lower grade because he had not been able to go to school regularly, local residents said.

When morning came, an angry crowd gathered in Narra, the boy’s village, and more than 200 people marched with his body to the district center. Some of the men were armed and confronted the police, shouting anti-American slogans and throwing rocks at police vehicles and the Hesarek government center, according to the district governor and the headmaster.

The police opened fire in an effort to push back the crowd to stop its advance to the district center. A 14-year-old boy was killed, and at least one other person was wounded, Mr. Khalid said.“

In February the Afghan government accused NATO of killing 60 in an attack in Kunar province - also in eastern Afghanistan.
Posted by Peter at 11:50 AM