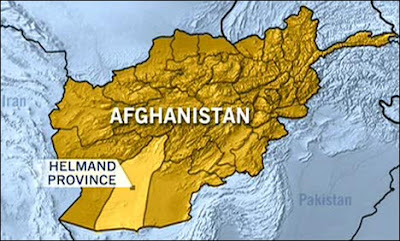 Kate Clark provides background on the Saturday bombing that killed 14 people on Saturday in Helmand Province.

President Karzai has said he will no longer allow NATO airstrikes on houses because they are causing too many civilian casualties. The president’s ultimatum follows the pictures shown on Afghan TV on 29 May of distraught villagers in Helmand carrying the bruised and dusty corpses of their small children who had been killed in an air strike on 28 May. The following day, ISAF apologized, although it insisted its forces had been targeting a house from which insurgents had been firing. The deaths of children and women, whether in air strikes or night raids, usually bring prompt apologies from ISAF, but it seems many other cases are simply never admitted to. Not all allegations of civilian casualties are true, says AAN senior analyst, Kate Clark. But neither are all denials.

May 2011 has been a month of intensified bloodshed, with the Taleban implementing its asymmetrical summer ‘Badr’ offensive and the international forces keeping up a high number of night raids and airstrikes. Allegations of fresh civilian casualties have been directed against both the Taleban (see our previous blog on this issue) and the international military. The relatives of the children killed in Helmand who had driven through the night to Lashkargah to show the small bodies to the cameras and the world to prove that the dead were ‘innocent civilians, not…Taleban’ (as reported in the New York Times, link below) were offered ‘sincere apologies’ from ISAF the following day for ‘nine civilians’ killed. The apologies did not cover the full extent of the family’s claims – who said two women, two men and ten children – all civilians – had been killed after the wrong house was hit.

Additional Resources: Frontline Special Kill-Capture
Posted by Peter at 11:25 AM