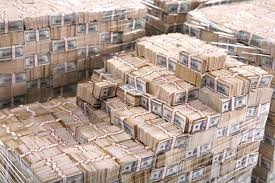 Peace is not a passive but an active condition, not a negation but an affirmation.

Important update on the House approval process for the Defense Authorization Bill. If you have not already called your representative do so now.

Call on Congress by clicking the link below.
Use Pentagon Budget to End Wars and Bring Troops Home

War is never the answer.

The U.S. government invests $2.1 million every minute of every day on the military, almost half of the world's combined military spending. We know that there are alternatives that would truly offer hope and security for so many around the world.

Non-military options are working where wars and occupation failed. Popular movements demanding change are the best antidote to oppression and militarism. From Tunisia, Egypt and right here at home in Wisconsin, Michigan and Indiana, people are using non-violence to demand their economic and human rights.

As a constituent I find the entire bill (HR 1540) National Defense Authorization Act for FY 2012 unacceptable. There is simply no justification for authorizing another $553 billion in defense spending plus $118 billion to pay for the continuation of the wars in Iraq and Afghanistan.*

As a constituent, you want your Representative to vote "No."

Last night the House Rules Committee decided which amendments to 2012 Defense Authorization bill could be debated and brought to the floor. Unfortunately, they eliminated the amendment from Barbara Lee, which would have restricted funding for Afghanistan to the rapid, safe withdrawal of all US troops from Afghanistan.

They are however some other worthwhile amendments that the House will be voting on tonight or sometime tomorrow.

Amendment #35 (Conyers et.al) which would bar the use of American ground troops in Libya.

Amendment #50 (Lee and Amash) which would strike out language (1034), granting the President an expanded authorization for the use of force.

Amendment #55 (McGovern and Jones) calling for an end to the war in Afghanistan by requiring the President to provide a plan and timeframe for an accelerated withdrawal of American troops.