What the Taliban Want | Ahmed Rashid 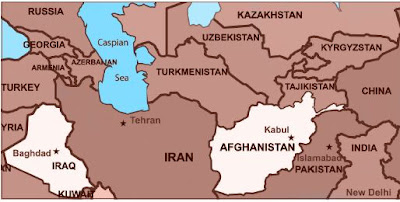 Ahmed Rashid has a fascinating blog in the New York Review of Books page. Here it is in full.


An important message by Mullah Mohammed Omar, the leader of the Taliban movement in Afghanistan, has been released on the occasion of Eid—the end of Ramadan. It is the longest and by far the most forward-looking political message he has ever sent, offering the Taliban’s latest views on several central issues that are uppermost in the minds of US and NATO leaders, Afghans, and governments around the region as the US begins a withdrawal of troops from Afghanistan.

Mullah Omar does not rule out negotiations with the Americans or sharing power with the present Afghan government and he emphatically says that the Taliban have no interest in monopolizing power. For the first time he admits that the Taliban have been negotiating with the Americans, but he insists these talks have been about the release of prisoners and are not a political dialogue:

IE [Islamic Emirate of Afghanistan] considers [the] establishment of an independent Islamic regime as a conducive mechanism for sustainability of religious and worldly interests of the country and the countrymen. For this purpose, every legitimate option can be considered in order to reach this goal. The contacts which have been made with some parties for the release of prisoners can’t be called as a comprehensive negotiation for the solution of the current imbroglio of the country. However, the Islamic Emirate, as an efficient political and military entity, has a specific and independent agenda in this regard which has been elucidated time and again.

An AP Report on August 29 that quoted some US and Afghan officials as saying the talks have stalled is completely wrong according to my well-informed sources, who insist that they are continuing despite leaks to the press, as well as threats to the security of the participants and other problems. The talks have dealt with prisoner releases as part of confidence building measures to create the right atmosphere for a wider and more sustained political dialogue.

By acknowledging that there have been contacts with the Americans, Mullah Omar is sending a clear message to his fighters that future political talks are a possibility, while signaling to the Americans that he may eventually be prepared to broaden the scope of the dialogue and those already participating in it.

He categorically accepts that “all” ethnic groups “will have participation” in governing Afghanistan in the future and tries to play down the position taken by some non-Pashtuns in the former Northern Alliance that they will never negotiate with the Taliban. He opposes long-term US bases in Afghanistan and does not accept a limited withdrawal of US-NATO troops; he wants the US and NATO to “immediately” withdraw all their forces. He hopes to be at peace with his neighbors and the world, he writes, and he will do nothing to aggravate tensions. But the Taliban will not accept an imposed regime and they demand complete independence for Afghanistan. (This is as much a message to Pakistan as it is to the US.)

Significantly, no abuse is heaped on the government of President Hamid Karzai as has been done in past messages. Mullah Omar urges government officials only to end their cooperation with the “invaders.” He places great importance in his message to his fighters to respect the Layha or Taliban code of conduct toward civilians, women, and children. The Taliban have been stung by repeated criticism from the United Nations, the International Committee of the Red Cross, and others that much of their violence is directed toward Afghan civilians. Coming at a time when violence is at its worst and bloodshed in Afghanistan being committed both by US forces and the Taliban, this message seems a hopeful sign that talks and a negotiated settlement to end the war are a possibility.

The Layha: Calling the Taliban to Account
Posted by Peter at 12:55 PM