Talking to the Taliban | Michael Semple 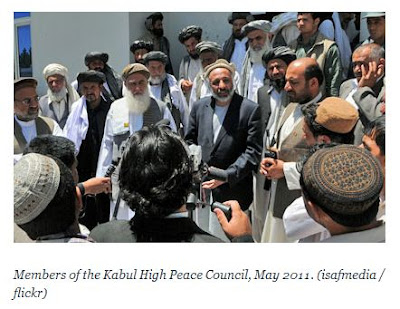 Critical insights into the hopes, demands, and challenges of dialogue with the Taliban. This is the first of a series that will highlight different perspectives.

Michael Semple worked as Oxfam’s aid program representatives for both Pakistan and Afghanistan in the 1980’s. During the Taliban period he served with the UN as a humanitarian coordinator traveling widely across the country. He then worked as a political officer with the UN during the immediate post-2001 efforts to support the establishment of a new political order.

From 2004 to 2007 he served as Deputy to the European Union Special Representative for Afghanistan. In 2007 he was expelled from Afghanistan by President Karzai for reconciliation efforts that involved discussions with people linked to the Taliban.


How to Talk to the Taliban, Michael Semple, Foreign Affairs

“Afghan Taliban spokesman Zabiullah Mujahid's announcement last week that the group will open a political office in Qatar is part of a process that could bring a peaceful end to the war in Afghanistan. To be sure, naysayers abound both in the region and in Washington. But, conditions in 2012, unlike those in years past, offer a realistic, if difficult, opening for a way forward.”

“With the olive branch from the Taliban, of course, comes a demand. Zabiullah made it clear that the Taliban expects the United States to release some of its members who are currently being held in the detention facility at Guantánamo Bay. Washington's granting the request would be a classic confidence-building measure. Taliban rank and file are obsessively fascinated with the fate of detainees in American custody. If the Taliban leadership gets some of them back, it will be in a better position to justify engagement with the West to its followers and commanders."

“As soon as you dare consider the optimistic scenario and imagine a speedy end to the war, however, you confront very real obstacles. Here are but a few. First, token prisoner releases have to be on the table as first-order confidence-building measures. In a U.S. election year, that is unlikely. Second, in Afghanistan there is little sign of anyone having prepared the Taliban base for the idea that it will have to compromise with the old Northern Alliance and with Karzai's government in Kabul. There is little doubt that many Taliban will go into this process holding their fallback option close: wait for NATO to draw down troops in 2014, then fight for control of Kabul. Worse, the Qatar office could turn out to be little more than a Taliban ploy for tactical advantage, especially if it uses the office deal to seek international recognition without making any compromises with fellow Afghans.”

Additional resources here.
Posted by Peter at 7:30 AM