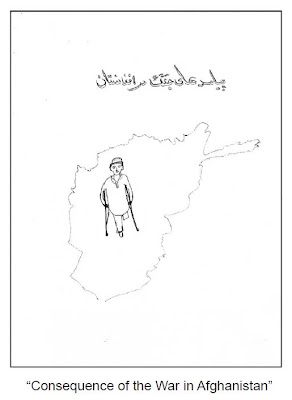 The powerful images have been incorporated into the traveling mural exhibit Windows and Mirrors: Reflections on the War in Afghanistan.

NATO’s response to Karzai’s threat has been to launch 12 airstrikes a day, a slight increase in the rate of attack runs that coalition planes have typically flown this year. NATO aircraft fired their weapons on 48 sorties in the four days following Karzai’s pronouncement, according to U.S. military statistics. 31 of those attack flights came last Friday, June 3.