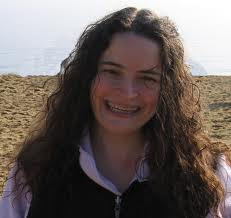 You should have seen the parades.

They marched past boarded-over buildings
and threw grenades
made from tulip bulbs and tomato seeds
into weedy empty lots.

They pulled trailers down the highways
past the cornfields
and wheeled hot tubs up to the doors
of arthritic old ladies,
presented bottles full of bubble bath
stamped "Courtesy of U.S. D.O.D."

They rode ferris wheels with teenagers from Guantanamo,
passed baklava, pupusas, and mangoes on sticks
down the streets to anyone who wanted them.

Then they marched down Pennsylvania Avenue.
The doors of the White House were flung wide open.
Anyone who wanted to could stream in
for a handshake and a plastic flag.

The air was thick with confetti
from all the shredded fear laws.
Open your mouth: You can still
taste the jagged edges.
"SB1070" and "USA PATRI"
melt away on your tongue.