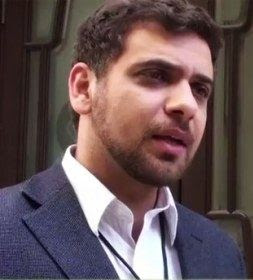 Ending the War in Iraq:
Elements of a Success Story

This is an open call. All are invited

Send your questions in advance to questions@afsc.org

The call will be recorded.


For seven years we have called for the complete removal of U.S. troops and bases from Iraq.

By the end of this month the United States has pledged to remove all combat troops and relinquish control of all bases. These are elements of a success story - for the people of Iraq and the peace movement. But it is accompanied by tremendous tragedy for Iraq and its people.

A war of choice destroyed the infrastructure of a country, left hundreds of thousands dead, opened the way to civil war/ethnic fighting, and created the largest movement of refugees and internally displaced in the region since the creation of Israel in 1948.

To better understand the legacy of this war, join us for a conference call briefing with Iraq specialist and former AFSC consultant, Raed Jarrar.

With broad experience in the region, Raed offers a clear-eyed analysis of the impact of the war, how we got to where we are today, and challenges for the future.

He returned from his most recent visit to Iraq last month.

Brief Bio: After the U.S.-led invasion in 2003, Raed became the country director for CIVIC Worldwide, the only door-to-door casualty survey group in post-war Iraq. He then established Emaar, (meaning "reconstruction" in Arabic), a grassroots organization that provided humanitarian and political aid to Iraqi internally displaced persons (IDPs). Emaar delivered medicine and food as well as helped initiate micro-enterprise projects for IDPs.

On Wednesday 28 December we will have a follow-up call exploring three decades of war and sanctions in Iraq with other Iraqi voices and activists.
Posted by Peter at 1:27 PM