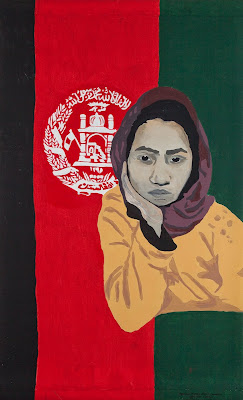 William McRaven, commander of US Special Operations Forces, gave a rare interview in Kabul over the weekend. Defending two of the most controversial US/NATO war tactics he pledged to continue the kill/capture program being carried out through night raids, and gave his support to expand the Afghan Local Police, a paramilitary force.

Most Afghans understand the program to be the creation of unaccountable militia armies. Bringing back memories of the terrible violence of the civil war fought between foreign armed militia armies.

In September Human Rights Watch said the initiative was "a high-risk strategy to achieve short-term goals in which local groups are again being armed without adequate oversight or accountability."

The U.S. military is preparing to triple the number of local fighters in the program over the next two years, with 30,000 members set to fan out in 99 districts, said Col. John Evans, deputy commanding officer of Combined Forces Special Operations Component Command in Afghanistan.

There is a sobering link with the US policy of arming the Sunni Awakening in Iraq and the legacy it left behind. The awakening is estimated to still have between 50,000 – 80,000 armed members, and are resisting Iraqi government demands that they disarm by the end of the year.

With two weeks left before the United States military completes its withdrawal from Iraq, these units, known broadly as the Sunni Awakening, still remain outside the new Iraqi police force and army. Ragtag groups of men wearing jeans and carrying rifles at dusty checkpoints throughout western Iraq, they are a loose end left by the United States.


For more background: Afghanistan 101 posts on Afghan Militias, Night Raids, and the Afghan experience with war.

Windows and Mirrors: Reflections of the War in Afghanistan
Posted by Peter at 9:28 AM