Afghanistan: What is Human Security? 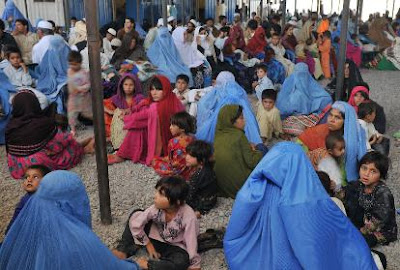 Human security is a concept that focuses on the protection of individuals; challenging the traditional idea of national security that simply seeks to defend the physical and political integrity of a state. It's a big idea.

The greatest threats to human security is armed violence; destroying lives, opportunity and the hopes of millions for a better future. The current conditions in Afghanistan shows the devastating effect of thirty years of war. These wars have been fueled by invading armies as well as massive weapons transfers by the international community to various militia and resistance forces.

Trying to mitigate the impact of on-going wars does not work. The international community clearly has a responsibility to provide generous and transparent assistance to the people of Afghanistan. The repair and recovery will take place sooner with the removal of foreign military forces. The global humanitarian assistance website illustrates the challenges.

What you will find