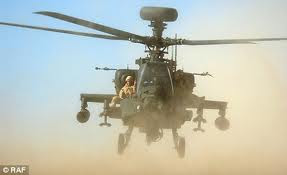 Extensive drone surveillance and all of the other spying available to the U.S. military didn’t stop these bombers from killing nine children they believed to be enemies.

Earlier, the Washington Post reported that more than 200 Afghans were killed in a two week period of February - calling it the deadliest period for civilians since the war began.
Posted by Peter at 2:22 PM