Challenging the Notion of Progress 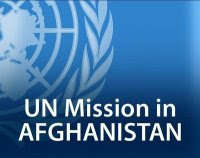 Today the United Nations Assistance Mission in Afghanistan (UNAMA) and the Afghanistan Independent Human Rights Commission released their 2010 Annual Report on the Protection of Civilians in Armed Conflict.

2010 has been – again – the deadliest year for Afghan civilians since the US-led military intervention against the Taliban regime commenced almost ten years ago. Since 2005 the violence against civilians has been increasing each year. Last year witnessed a 15% increase in civilian deaths from 2009.

For those of you not familiar with the language of UN agencies in Afghanistan the violence is divided into two broad categories; pro-government (this includes NATO and US forces) and anti-government (this includes the Taliban and many local and regional actors resisting the government). Many Afghans condemn all the violence from all the sides, US Troops, NATO, Afghan Forces, Taliban, and Warlords.

The report (85 pages) documents many levels of violence. From increased aerial assaults, to assassinations, suicide attacks and improvised explosive devices. It is heartbreaking.

The scale of the violence makes the US narrative on progress sound hollow and dishonest.
Posted by Peter at 11:36 AM