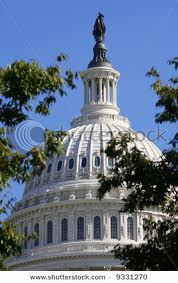 Next week General Petraeus will testify before Congress. As with the December review fragile gains will be stressed. The NYT’s cuts to the chase with its headline: Military Progress in Afghanistan.

What may not be revealed – as was the case with the classified December review - is the real impact of escalating military action. And the ways it prevents peacebuilding and reconciliation, critical priorities of Afghans as they struggle to repair the damage of war.

“Under General Petraeus, the tempo of operations has been stepped up enormously. American Special Operations forces and coalition commandos have mounted more than 1,600 missions in the 90 days before March 4 — an average of 18 a night — and the troops have captured and killed close to 3,000 insurgents, according to information provided by the general.”

“Other aspects of the war remain difficult, and progress is patchy and slow, General Petraeus conceded. There has been only modest momentum on efforts to persuade Taliban fighters to give up the fight and join a reintegration program, and a plan to train and install thousands of local police officers in rural communities to mobilize resistance to the Taliban has proved to be a painstaking business constrained by concerns that it will create militias loyal to warlords.”

Our friends at Rethink Afghanistan have a clever video juxtaposition from Monday’s press conference by Secretary Gates where he also articulates the ‘progress message’ in preparation for the congressional meetings. You should check it out.
Posted by Peter at 7:26 AM