What Does the US Spend on 'National Security'? 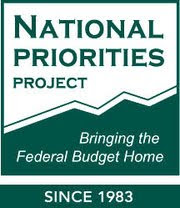 Get the facts behind this number by reading this helpful tutorial. Chris Hellman of the National Priorities Project documents and reveals the many aspects of government spending (some open – others obscured) that are labeled as national security. The total is $1.2 trillion per year. It is a number nobody wants you to know.

What is the difference between a million, a billion and a trillion?

• A stack of hundred dollar bills that equals one MILLION dollars would be four inches high.

• A stack of hundred dollar bills that equals one BILLION dollars would be thirty feet taller than the Statue of Liberty.

• A stack of hundred dollar bills that equals one TRILLION dollars would be 63 miles high. In comparison, jet planes fly around 7 to 8 miles above the earth.

A country with a gross domestic product of $1.2 trillion would have the 15th largest economy in the world, ranking between Canada and Indonesia, and ahead of Australia, Taiwan, the Netherlands, and Saudi Arabia.
Posted by Peter at 9:12 AM