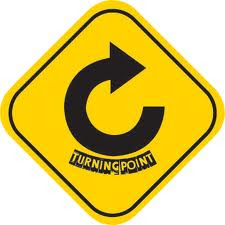 General Petraeus is in Washington to testify to the wars. I have a prediction. The message will be one of progress - with conditions. After all, he will want more money, more troops and more weapons.

Josuha Foust looks into the annual declarations that we have reached a turning point. Mining a variety of sources going back to 2002 you see patterns of escalation always leading to the belief that the corner has been turned.

What each breakthrough has in common is the notion of crushing the enemy; at times Al-Qaeda at times Taliban. Collectively, this pattern exposes a myth. That military power can resolve a complex 30 year history of violence that has traumatized a people and damaged institutions of power.

This year probably does mark another turning point in the war. The July 2011 deadline looms largely, though in a mostly symbolic sense. This is the year troop strength will peak, and is probably the last year in which the U.S. can have a definitive, nation-wide effect on the ability of the Taliban to wage war. It’s all downhill from here, in other words. A real turning point.”

That sober reflection on what might have been a 'military victory' in 2001 fails to note that the real turning point was in the weeks before the invasion. It was then that the US could have chosen to strengthen international institutions of justice to hold those accountable. Imagine where we would be today if we had invested a fraction of the war resources (and energy) in developing strong institutions that would protect all people. Not just the powerful.
Posted by Peter at 9:06 AM