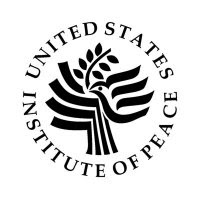 That’s the percentage of the United States Institute for Peace budget as compared to the Pentagon.

As a government funded agency, the institute has a critical role to play in seeking to instill principles of conflict prevention and diplomacy into structures of decision making that to often depend on military aid and military action to resolve conflict.

Anthony C. Zinni, a retired Marine general and commander in chief of the United States Central Command from 1997 to 2000, offers an unexpected (to some) defense of the institute.
Posted by Peter at 7:49 AM