Kabul: A City at Work | Who is the head of City Power?

‘A portrait of a city through its working people’ 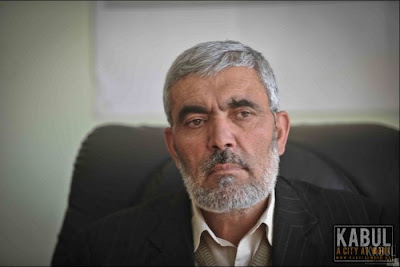 My name is Abdul Malek

"I am the head of City Power. I have worked for City Power for around 40 years, I started at zero as a guard, but I have always been so interested in the work that is why I have been promoted. Everyone has ambitions at school; when I chose the field of electricity I wanted to serve the people, I didn’t think that one day I would be the head of City Power."

“During the war Kabul lost all its structures. Nobody had power, there was just two hours in every 48. The fighting has affected people badly, financially and through losing people. I don’t see how anyone living in Afghanistan has not been affected by war. I lost one of my brothers when he was 24. Now though, there have been changes in the city. Whether it’s the buildings or roads, electricity or education, there have been many positive changes here.

One of my best memories was when we activated Chamtala substation – Afghanistan’s biggest. We bought power from Uzbekistan and brought light to new areas in Kabul. We have to provide a lot of electricity because so many people want to live in Kabul. So we have to keep making the network better. We hope to build two dams and more power plants, to produce our own power instead of importing it. Now there is maybe a one-hour power cut in 48 hours. About 70% of people have power. Of course we have problems when a substation shuts down or there are issues with the wires, but this is mostly in winter.”

Additional Resource: Shining a Light in the Dark

"More than $1.6 billion from the US and at least 14 other countries has been spent on energy projects since 2002

This interactive study done in June of 2010 by the Associated Press has graphics and video that explains what went wrong. and the challenges Afghans face."
Posted by Peter at 12:11 PM