Join us in Chicago for the Counter Summit for Peace and Economic Justice. While NATO meets, we will map campaigns for a future free of wars, occupation and the costs of a militarized foreign policy.

Ending the Afghanistan-Pakistan War, Preventing One with Iran

"President Obama, in a prudent move, has relocated this May’s G8 [One Percent] summit from Chicago’s unpredictable streets to the protected woods of Camp David, leaving NATO to face the demands of the peace movement in a more focused confrontation this May 18-19...."

NATO CALL TO ACTION: March with veterans for justice and reconciliation 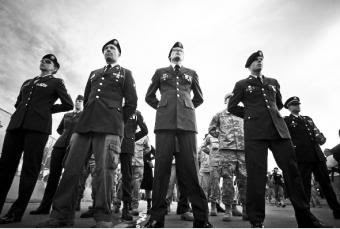 “We, Afghanistan and Iraq veterans, from around the country will converge in Chicago on May 20th to march to the NATO summit and ceremoniously return our medals to NATO generals. We were awarded these medals for serving in the Global War on Terror, a war based on lies and failed polices.”