Pakistan on the Brink | New Book by Ahmed Rashid 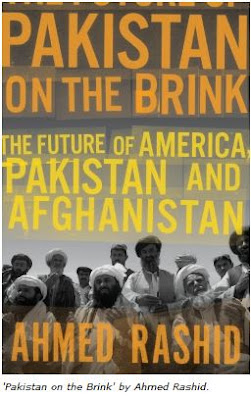 Former CIA head and current US Defence Secretary, Leon Panetta, had wanted to establish a parallel spy body inside Pakistan hidden from ISI, a noted Pakistani author said, adding the idea was approved by the Obama Administration.

In his latest book Pakistan on the Brink: The Future of America, Pakistan and Afghanistan, Ahmed Rashid said such a recommendation by Panetta, who then headed the CIA, was given sometime after September 2009. The book, published by Viking, hit the stands yesterday.

He said that there was little discussion of Afghanistan's strategic political issues, such as its growing political and ethnic divisions, its economy, relations with Karzai, or the readiness of the Taliban for talks. However, Pakistan occupied a lot of discussion but yielded few political answers, Rashid wrote.

"Instead Leon Panetta, the director of the CIA, presented a list of clandestine counterterrorism operations that the CIA wanted to conduct in Pakistan, such as stepping up drone attacks, raising the number of CIA agents and covert contractors, and even setting up a parallel intelligence organisation that would be hidden from the ISI," Rashid said.

"The CIA's recommendations were accepted, but they soon led to a complete breakdown of relations with Pakistan. Once again missing from the White House debates were in-depth consultations with Pakistani and Afghan leaders," writes the Pakistani author. Rashid, the author of bestselling "Taliban" however does not give any detail of such a parallel US intelligence inside Pakistan, but does goes out to say that by 2011, CIA's role inside the country had expanded multiple times.

"In 2011, the CIA is running thirty Predator and Reaper drones, a network of Pakistani agents inside FATA to provide targeting information, and a clandestine Afghan militia that enters Pakistan to provide intelligence on the Taliban."Earlier US agreements with Pakistan about where and how many drones would be fired no longer hold, and in 2011 Pakistan has demanded, futilely, that all drone strikes cease," he wrote. Rashid writes that both the Pakistani and the Afghan governments resented the fact that a major US escalation of troops was being undertaken without consulting them or soliciting their views.

Source: The Indian Express: Journalism of Courage
Posted by Peter at 9:09 AM