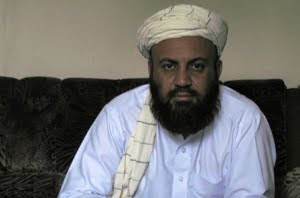 "The attacks that happened in New York were of deep concern to us. At the time, when I heard the news, I was at the ministry of foreign affairs in Kabul. Then I spoke to our leader, Mullah Saheb Omer.

Afghanistan was one of the first few governments that condemned the attacks. Both for the US and Afghanistan-and the Afghan people-the attacks were not a good thing. Because subsequent to those attacks, many more people have died here in Afghanistan.
That attack was a disaster on civilians, and on the pretext of that attack, disasters have been afflicted on the people of Afghanistan and Iraq.

There is no doubt that the stance of the Emirate [Taliban government] and the views of some of the Arab activists here differed. We condemned the attacks because the people targeted were defenceless civilians, women, children, Muslim and non-muslim. But al-Qaeda praised it. We had our own reasons and they theirs. Al Qaeda, at the time, did not claim direct responsibility, but rather praised the attack. Those are two different things.

Al Qaeda were people from the time of Jihad against the Soviets, and Ustad Rabbani [who came to power after Soviet withdrawal] brought them back into the country from Sudan. The Taliban simply inherited them.

After the attacks, the Emirate gathered over 1500 religious scholars from all over Afghanistan at the continental hotel to discuss the Bin Laden issue. They concluded that the Islamic Emirate should ask him that he voluntarily leave Afghanistan and go somewhere else. This proposal, too, could not bring about any change in the attitude of the Americans. They kept demanding him dead or alive.

They began an unequal war on the Islamic Emirate. Our government collapsed, and in the presence of some Afghans—not all—they decided on a new government in Bonn.

This war has continued in such a way that they have refused to accept the Taliban as a government or a movement. The only option left was to die or to be arrested. Nobody wants to be imprisoned by someone, or killed. So the Taliban defended, and as a result they have gotten stronger.

Yes, it would have been difficult for the Taliban to join the new government and become part of the new process. But the historical mistake made by the Americans and those who considered themselves representatives of the Afghans was that they refused to extend an invitation to the Taliban at Bonn or to leave them a reserved seat.

And in the subsequent years, during the interim and transitional governments, the same mistake was made. Even today, as they prepare for a second Bonn conference ten years on, they say Taliban should not be coming to it.

When they speak of a peace process today they are giving wrong advice. In the past, they said finish the Taliban as a movement. Now the advice is that you should weaken the Taliban first, and then speak to them from a position of strength. The reality is that as they push with more force, the Taliban reaction is also a show of more force.

I don't agree with those who say life has gotten better in the past ten years. If there is no security in the country and the war continues, you cant enjoy the benefits of life. Security is the mother of all things.

Yes, progress is true in certain areas—but that is because embargos have been broken. In the past, there was no foreign aid, but there was always foreign criticism. Now there is a lot of international aid, but they have made a parallel government to the Afghan one through which they distribute this aid.

We have also seen a difference in the quantity of education as well as in the growth of one-sided media. They call it free media, but I can't call it that because the other side neither has the right to picture nor voice. The freedom of the press is one-sided, but it is a relative achievement. Highways have been built, which are crucial for military purposes, but Afghan people benefit as well.

But in return for all this, we have many negatives. During the Emirate, there was security, and there was no corruption then because we had punishments for it."

* Today (9 September) is also significant. Marking ten years since the assassination of Mujahedeen leader Ahmad Shah Massoud by al-Qaida suicide bombers posing as journalists. He fought Soviet troops and their allies in the 1980s and led the Northern Alliance against the Taliban in the 1990s.
Posted by Peter at 10:05 AM