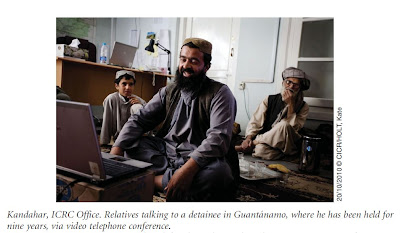 Afghanistan has become more insecure in 2011 from a year ago, with a sharp rise in security incidents and higher numbers of civilian casualties, displaced people and complex suicide attacks. These are the findings of the U.N. quarterly report to the Security Council released today.

The total number of security incidents recorded during the first eight months of the year represented a nearly 40 percent rise from the same period of 2010.

Disputing the U.N. findings, the U.S.-led coalition said it plans to hold a news conference tomorrow to release its own statistics related to overall violence trends in Afghanistan.

Coalition officials say insurgent attacks fell 20% in July from July 2010. By the end of August, according to the coalition, violence had fallen during 12 of the previous 16 weeks when compared to the same weeks of last year.

CNN is reporting that “Earlier, an ISAF spokesman noted that there are "differences in reporting of security incidents."

"[The] United Nations includes weapons cache finds, arrests, assassinations, intimidation, and some other events as "security incidents," which ISAF does not, Cummings said.”

The UN report notes the political and emotional impact from four high-level assassinations in July:

The report notes a 50 per cent increase in car bombings compared with the same period in 2010.
Posted by Peter at 1:44 PM