How The CIA Became A Killing Machine 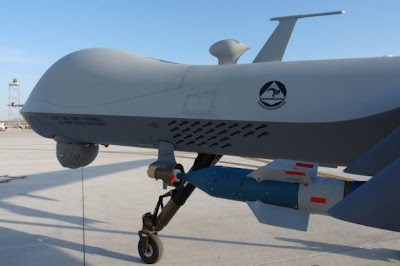 Spencer Ackerman asks some big questions about the role of the post-9/11 CIA. Outlining the aggressive steps that have been taken in the last decade.

On April 14, 2004, CIA Director George Tenet looked so impotent he might have starred in a Viagra commercial. Tenet had come before the 9/11 Commission for what was sure to be a public flogging. In response, he alternately apologized for the agency’s failure to stop 9/11 and explained it away. Finally, the exhausted panelists posed him a bottom-line question: how long would it take Tenet to get the CIA in a position to counterattack al-Qaida?

“It’s going to take another five years,” Tenet confessed, ”to build the clandestine service the way the human intelligence capability of this country needs to be run.”

Seven years later, no one views the CIA as anything resembling impotent. The drone strikes it operates are the most important counterterrorism tool the Obama administration uses, battering a relatively small section of Pakistan so intensely that in 2010 they struck an average of once every three days. Osama bin Laden is dead as the result of a military operation the CIA commanded, highlighting the unprecedented coordination between CIA and the Joint Special Operations Command (JSOC). In the words of the head of CIA’s Counterterrorism Center, its central nervous system for counterterrorism: “We are killing these sons of bitches faster than they can grow them now.”

Full article.
Posted by Peter at 8:27 AM