Letter to Obama | Honor the Pledge 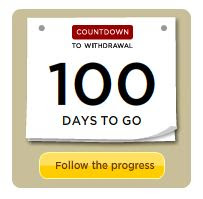 We are writing to urge you to honor our nation’s commitments and bring all of our troops home from Iraq by December 31, 2011.

In 2008 the U.S. and Iraqi governments entered into a Status of Forces Agreement requiring the complete withdrawal of all U.S. troops by the end of this year. As President you reaffirmed your commitment to this agreement in your speech at Camp Lejeune on February 27, 2009 declaring: “I intend to remove all U.S. troops from Iraq by the end of 2011. We will complete this transition to Iraqi responsibility, and we will bring our troops home with the honor that they have earned.” Americans and Iraqis overwhelmingly support this plan.

We are deeply troubled by recent reports that indicate your Administration is making plans to leave thousands of U.S. troops deployed in Iraq indefinitely. We are also troubled by the extraordinary buildup of private military contractors and untold numbers of intelligence operatives in Iraq. This level of continued U.S. operations in Iraq is unsustainable and unwise particularly in light of the challenges facing our nation. Mr. President the future of Iraq depends upon the Iraqi people, not the U.S. military.